In 2020, Shopify store owners made a whopping $5.1 billion in sales between Black Friday and Cyber Monday. This is up from $2.9 billion during BFCM 2019, an amazing 76% increase in sales worldwide.

But with more sales, we’re getting more competition, with mega outlets like Amazon adding more niche products to their lineup and taking up a bigger piece of the pie. That leaves smaller ecommerce businesses having to fight harder to get noticed by their customers.

Since email marketing is one of the best sales channels, we decided to see what kind of email elements—images, buttons, words, subject lines, etc.—lead to the highest engagement and, most importantly, sales.

Want to learn how to boost your sales for Black Friday? Check out Omnisend’s BFCM Hub for helpful articles, videos, podcasts, reports, and so much more. 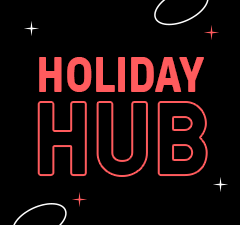 Get prepared for the holidays with our top articles, videos, podcasts & more.
Visit Holiday Hub

In order to assess the highest-converting and most popular elements of our customers’ BFCM newsletters, we analyzed more than 229 million emails (from 40,283 total campaigns) sent from November 25 – December 2, 2020.

In order to look at the most popular, we used various filters to remove outliers and extremely poorly performing brands (or, most likely, “testing” campaigns) that would skew the results.

Once filtered, we used word and word phrase frequency calculations, and took averages of campaigns or brand campaign averages.

We used boxplots to plot various elements against their respective open and/or click rates.

These are the main results:

One of the first steps our research took was to see how word count relates to open rates (for subject lines) and click rates (for email content).

So how accurate is this? What does our new data show?

Subject lines up to about 7 words have the best open rates, ranging from 15%-17%. Anything more than that begins to drop steadily.

One important note: as you can see, 0-3 words seems to offer the best open rates. However, because it is so unpopular (with only 2.5 million emails sent vs. the 61 million sent with 5-7 words in the subject line), you should take this open rate with a grain of salt.

The most popular word count for subject lines seems to be between 5-7 words, as more than 61 million emails were sent with subject line word counts in this range.

The second-most popular length is for 8-10 words, which still have a respectable 14.6% average open rate. The lowest open rate is for subject lines with 16 or more words (13.8%).

Takeaway: our recommendation remains. Use between 4-6 words for the best chance at good open rates, but going lower to 3 words and higher to 7 or 8 words won’t necessarily kill your rates.

Getting your contacts to open the email is one task, but convincing them to click on a product to purchase or at least learn more is another task. Should you be more descriptive, and use more words, to sell your products? Or is less better?

The data seems clear: newsletters containing up to 160 words seem to have the best click rates.

The second-best grouping is for newsletters containing between 160-480 words, which is also the most popular word count for all emails sent. After 500 words, the click rate begins to drop steadily.

One interesting note: there seems to be a spike in click rates for emails with more than 560 words. However, because of the low number of emails sent that have these word counts, this is most likely noise and therefore its significance decreases.

At this point, we’re starting to see a trend: the more you use, the less you get. We’re seeing this when we analyze the number of newsletter elements used—such as CTAs/buttons, products listed, and images—compared to their click rates.

Let’s look at these in turn.

It’s a general newsletter design best practice to not include too many CTAs. Generally, have one main CTA and you can have supporting CTAs to either similar products or educational content, with no more than 3 CTAs.

But what does the BFCM data show?

FYI: don’t complicate your copy for your CTAs. Our data shows that using the classic “shop now” is both the most popular and has one of the best click rates (2.23%):

The less popular “shop black friday” CTA has an even higher click rate, coming in at 2.62%. However, due to the comparatively low sample here (only 162 newsletters contained this CTA text compared to the 3292 campaigns using “shop now”), it’s likely that there’s a bit of noise involved in this data.

Takeaway: The takeaway here seems to be pretty clear when looking at how many CTAs to include in email newsletters: the less, the better. We can rephrase that to state that the more focused your newsletter is, the better your click rates will be.

Having too many options in an email most likely leads to analysis paralysis where your contacts can’t decide between multiple options, and they end up clicking on nothing.

Takeaway: there doesn’t seem to be a perfectly clear, directional takeaway here. Generally, you’ll be safe adding up to 3 products to your newsletters, but if you really want the best conversion rates (and a nice, even number) then adding 6 products will bring you the best results.

For most people, it seems obvious that a bigger discount or saving for a product would lead to more people buying the product.

However, our analysis shows that this isn’t necessarily true. In fact, it seems to be quite the opposite.

When looking at the chart of % discounts compared to click rates, we can see that a few trends emerge:

Primarily, it looks like there’s a certain sweet spot, a sort of Goldilocks zone, for which % discount generates better click rates. Generally, 10-25% discounts show better click rates than anything below or above that range—earning between a 2.04%-2.2% average click rate.  There’s a pickup of click rates with discounts in the 65%-75% range.

This is quite surprising, since one would expect that an offer for 55% off would fare better than an offer for 30% off.

Our data shows that those campaigns would have gotten better click rates if they’d use lower discounts.

Takeaway: don’t go too hard with the discounts. There could be a variety of reasons why customers are more interested in lower discounts—one of which could be some perception of quality. In either case, we’d recommend keeping your discounts below 50% off, and see how 25% off performs for you this year.

One of the first steps our research took was to compare specific key terms to their open rates in subject lines. These terms are grouped according to the following themes, and their purpose of analysis:

Let’s look at each grouping in turn.

In order to asses which of the BFCM days showed the best open rates, we looked at the following terms:

(Because there’s no official day for the Sunday before Cyber Monday, we decided not to measure that.)

Secondly, Small Business Saturday was the least popular, and this could be that our ecommerce merchants are by-and-large DTC, and may also not refer to themselves as a “business” but rather a shop or store.

But, as Austin Powers once famously said: “But what does it all mean, Basil?”

Takeaway: There’s a lot of volume going out related to Black Friday and Cyber Monday. Now, you shouldn’t ignore these terms in your subject lines, but instead you should remember to also put emphasis on the less competitive terms like Thanksgiving and Small Business Saturday.

Do A/B testing (easy with Omnisend) to see which subject lines have better open rates. (By the way, you can also use Omnisend’s A/B testing to see which email content, in its entirety, performs better.)

In this group, we wanted to analyze the different terms merchants used to denote urgency. This included the following:

Out of all of these terms, “hours left” had the lowest average open rates, coming in around 12.2%. The highest of these terms is “sale starts” with a 15.5% open rate.

The two most popular terms in this group are “last chance” and “today,” with both having similar open rates, at 14.2% and 13.9%, respectively.

The least popular, in terms of volume, is “days left,” which seems to indicate that merchants are sending out more emails with sales ending within hours, not days. This is backed up by the greater popularity of “last day,” “today,” and “last chance,” which generally have special offerings ending in less than 24 hours.

Takeaway: this one’s a bit more difficult. Overall, there’s more competition in recipients’ inboxes about special promotions ending within 24 hours, compared to special promotions ending within days. Emails with longer deadlines may be less popular but they have higher average open rates. This is backed up by the higher rates for the term “sale starts.”

This grouping aimed to see which of the multiple terms for sales (such as “bargain” or “offer”) showed higher open rates—hinting at the possibility that they are more intriguing for readers.

This may come as no surprise, but the term “sale” is the most popular when looking at volume. The least popular are “bargain” and “VIP access.” Here it’s important to note that these differences in volumes can affect the open rates.

Takeaway: The relatively lower average open rate of “sale” is more a victim of its popularity than anything else. After all, it’s important to remember that the more instances there are of something, the more likely it is to revert to its statistical mean. (Think about flipping a coin—the more you throw it, the closer it’ll get to 50%).

So don’t knock the term “sale” in your subject lines. Instead, try to see how it works compared to other higher-performing terms like “special,” “offer” and “deal.”

This could be, for instance, “New deal: take 25% off in our BFCM sale.” See how this subject line performs.

When we talk about special offers, we’re looking at what kinds of discounts, free shippings, gifts, etc., work best to get higher open rates.

So, without looking at the chart, which do you think is more intriguing for subscribers: free shipping or a special offer?

Apparently, “special offer” is more interesting. It’s even better if you use “coupon,” but the best carrot to dangle in front of your customers is the term “chance to save.” This saw a 17.2% average open rate, compared to the 14.3% open rate from “free shipping” or even the 13.3% open rate for the popular “% off” (regardless of the size of the % discount).

Takeaway: Special offerings, like giving contacts a chance to save on their favorite products, or offering coupons or discount codes seem to be more intriguing in terms of open rates. It appears also, perhaps surprisingly, that “free shipping” and “BOGO” offers are not as interesting for customers as the ability to save money directly on a product or service.

Again: “what does it all mean, Basil?”

Let’s look at the some key points and see what our analysis might imply:

Nearly all of these point to a simple trend: after a certain sweet spot, the higher you go, the less you get. The higher your discounts go, the lower your click rate. The more CTAs you have, the worse your email performs. The longer your subject line, the lower your open rate.

When talking about subject lines, the best thing to do is to test it out for yourself. The data here is an average of all campaigns sent over by Omnisend merchants in the BFCM 2020 period and they may not perform the same for you.
For that reason, we usually recommend merchants use A/B testing—send two versions of the subject line to two smaller sections of your subscriber list. The one that performs the best goes to your larger list. 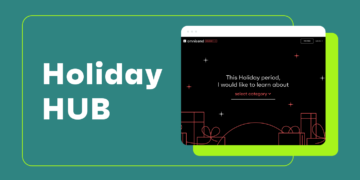 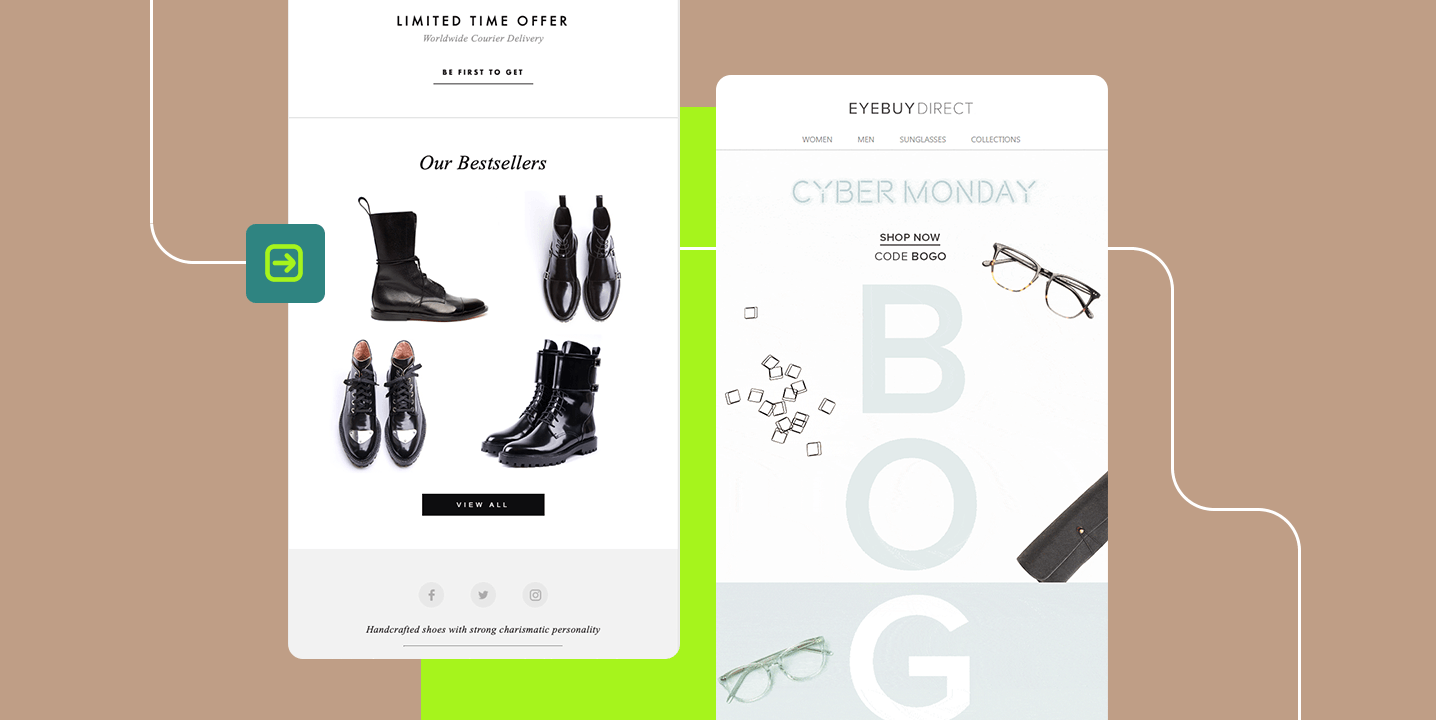 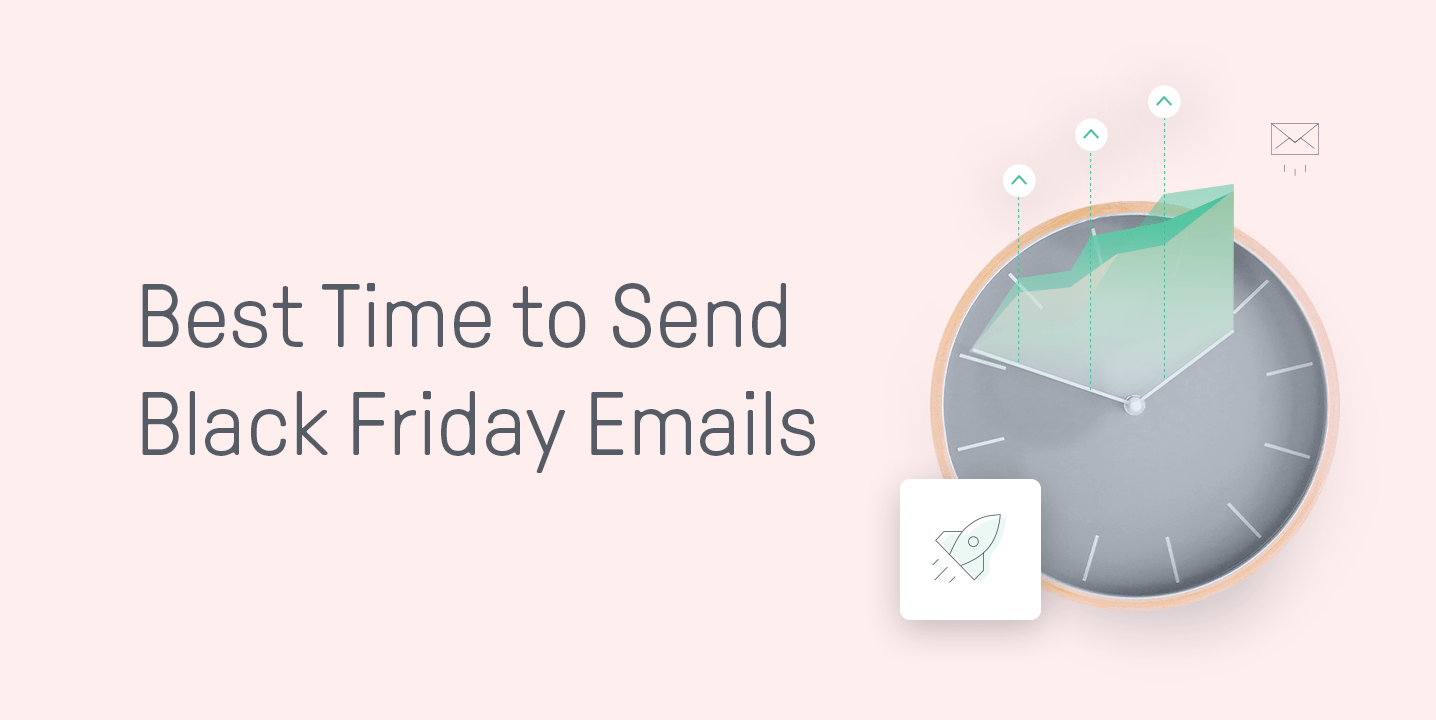 The Absolute Best Time to Send Your Black Friday Emails